BigData has changed society and continues to do so at a rapid pace. Massive data sets emit from smart home devices, genomes, pacemakers, satellites, social blogs, etc. To harvest this data correctly and extract valuable insights requires serious engineering. Such Big Data requires a distributed, scalable, and robust system with quick computational capabilities; currently, Apache Hadoop is a dominant open-source system in this regard.

Hadoop 2.x core components (Hadoop Common, Hadoop Distributed File System (HDFS), MapReduce and YARN), and several Apache projects such as Hive, HBase, Storm, and Kafka, enable non-expert users to harness the potential hidden in the valuable data assets. However, the platform's distributed nature and massive scale results in a broader attack surface, making it vulnerable to security threats. Knowing the shortcomings of Hadoop security for the enterprise, one way to make Hadoop more secure is to add a security framework to the mix. We discuss five of those here. 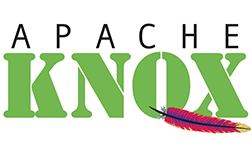 Knox is a REST Representational State Transfer style (the colloquial term is "ReST.") API gateway, providing a single point of authentication and access for Apache Hadoop based services. The gateway runs as a server or as a cluster of servers), which provides centralized access to one or more Hadoop clusters - designed to obfuscate the Hadoop cluster topology from the outside world. There is also support for popular Hadoop services such as WebHDFS, Oozie, Hive, Hbase, and HCatalog.

All communication with Hadoop is done via Knox Gateway, which controls and moderates it. Knox includes the following features: LDAP and Active Directory integration, support for identity federation based on HTTP headers, end-to-end encryption on the wire, and service-level authorization and auditing.

Knox sounds like a great security solution for the enterprise. It integrates with identity management frameworks and hides Hadoop hosts and ports behind it. The process simplifies Hadoop access: Instead of connecting to different Hadoop clusters, which all have different security policies, Knox becomes the single entry point for all the Hadoop clusters in the organization.

This project is backed by Hortonworks and runs as a server or a cluster of servers. 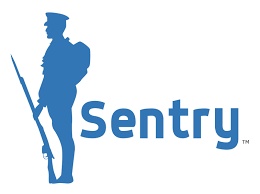 Secure and robust authorization mechanisms have always been an issue within the Hadoop ecosystems. Historically there has been no consistency. Administrators reluctantly had to implement and maintain a standard system of authorization across multiple components. Moreover, many parts have varying granularity levels in the context of authorization and enforcement controls; the confusion evolved into a significant security concern.

It is now possible to integrate Sentry with Hive/HCatalog, Apache Solr, and Cloudera Impala. Users can store more sensitive data in Hadoop. More terminal users can access data in Hadoop. Sentry’s goals are to implement authorization for Hadoop ecosystem components in a unified way so that security administrators can easily control what users and groups have access to without knowing the ins and outs of every single element in the Hadoop stack.

Apache Ranger, formerly known as Apache Argus, overlaps with Apache Sentry since it also deals with authorization and permissions. It adds an authorization layer to Hive, HBase, and Knox, and they claim that it has an advantage over Sentry since it includes column-level permissions in Hive. Initially, this product was called Secure XA, but it was recently acquired by Hortonworks and then open-sourced.

It delivers a comprehensive security approach for a Hadoop cluster, providing a centralized system that defines, administers, and manages security policies consistently across Hadoop components. Using the Apache Ranger console in Hortonworks, security administrators can easily manage access to files, folders, databases, tables, or columns. It is possible to set policies at the resource level, i.e., files, folders, databases, and pinpoint specific lines and columns within databases. It also provides security administrators with extensive visibility and oversight into their Hadoop environment through a centralized audit location.

Apache Accumulo is not a security project per se but a distributed key/value store that is based on Google’s BigTable and built on top of Apache Hadoop, ZoeKeeper, and Thrift.

Nonetheless, Accumulo includes authorization at the cell level. Therefore, highly specified access to the data can be granted or restricted at the highest resolution possible: per user and key/value cell. Surprisingly, Accumulo was initially created and contributed to Apache by the NSA.

Project Rhino is an initiative to bring Hadoop’s security up to par by contributing code directly to the relevant Apache projects. This initiative, which is led by Intel, views Hadoop as a full-stack solution that also includes projects such as ZooKeeper, Hive, Oozie, etc., and wishes to improve security for all of them.

Some of Project Rhino’s goals are to:

They are aiming to add all the security features that are missing from Hadoop. Sounds pretty sweet. Extending HBase support for ACLs down to the cell level has already been achieved, and with Intel backing the project, we will surely see more tasks marked off their to-do list.

If you'd like to know more about our data security standards, schedule a demo with the Integrate.io team.

Why PII Pseudonymization is Crucial for Data Security

Learn how PII pseudonymization is a key part of keeping personal data safe and usable for business intelligence.

Data drives most companies decisions nowadays. Businesses and Executives are making smarter decisions on the direction they should be moving in based on trends and analytics they get from, you...

How to Increase Data Processing: Combining SFTP and Heroku

SFTP allows you to secure all data transfers with Heroku. Combine the power of SFTP with Integrate.io for security, efficiency, and reliability.

How Do I Configure SFTP?