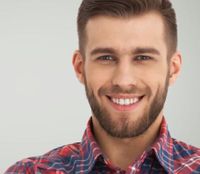 Medialets is a cross platform for mobile advertising work for brands, agencies, & consumers making mobile campaigns easy to create, deliver, and measure using any creative in any format—standard, video, rich media, or search.

Simplify and speed up the ETL process of moving data to and from Amazon Redshift into different databases and, from multiple data structures and data centers.

Integrate.io's user interface was by far better than anything else I'd seen as an ETL solution. Just an intuitive drag and drop. Nothing to install. Once the data pipeline is created, it's simple. Integrate.io has simplified the task of moving data or transforming data from one set to another set.

Most of the ETL tools and services on the market required an agent both in Amazon and inside the network in their data center but the Medialets team didn’t want an agent inside the system. The time needed to build the box, put the agent in, make sure it worked and continuously update it would essentially be the same amount of time as it would have taken their developers to build it in-house. Since Integrate.io’s application could ‘talk’ to the database by opening a port and providing minimal information, it was the quickest, simplest option to prepare the product and meet the deadline. It was so simple in fact that Medialets expanded the scope of Integrate.io’s usage to other projects.

Adpeak | Data processing became accessible and manageable for all relevant employees, without the need to learn specialty skills.

Integrate.io allows bexio to improve their data insights and facilitate their continued company growth by integrating their data into Salesforce and improving internal data integration.