100+ data sources and destinations
Integrate all of your data in minutes with Integrate.io.
GET STARTED 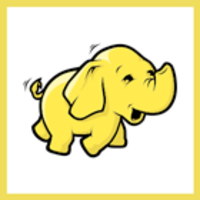 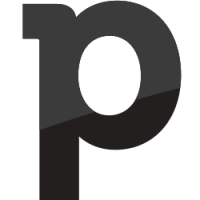 HDFS is a Java-based file system that provides scalable and reliable data storage, and it was designed to span large clusters of commodity servers. HDFS has demonstrated production scalability of up to 200 PB of storage and a single cluster of 4500 servers, supporting close to a billion files and blocks.

Pipedrive creates a visual sales pipeline that allows businesses to better manage each stage of their deals. Additionally, Pipedrive provides detailed analytics that show how many deals are won and lost, what stages they are lost at, and how individual agents are performing based on various metrics.

Bring all your Pipedrive data to Amazon Redshift

ETL all your Pipedrive data to Snowflake

Move your Pipedrive data to MySQL

Retrieve information - like deal ID, associated users, estimated timeline and expected revenue - about any deals that your company has engaged in. This will allow you to better gauge the profitability of individual deals or track deal trends throughout your sales history.

Add, track, or modify contacts that have begun their journey through your sales pipeline. You can see what deals are attached to a person, what organizations they belong to, and what activities are scheduled for that person. This information can help you decide the best course of action for moving that person along your sales pipeline and winning the deals you have with them.

Track products that your company is selling - by product name, price, or product code - or associate products with specific deals in your pipeline. This will give you a more detailed view of the revenue generated by specific products, allowing you to better prioritize them in your sales pipeline.

Fetch data about an activity that is scheduled in your pipeline. This could include things like the activity’s type, due date, and status, along with associated deals, contacts, and organizations. Then, use that data to track the progress and effectiveness of various activities that are being performed to help you win deals.

Get data about an organization that has deals in your pipeline, including the organization’s ID, associated persons, and related deals. This will allow you to track which organizations are delivering the most profitable deals and the best leads.

Don't see an integration you need?

Let us know - we can build it for you!

How to Modernize Your Company’s IT

The SQL vs NoSQL Difference: MySQL vs MongoDB

What to Consider When Selecting a Data Warehouse for Your Business

Low-Code ETL: What You Need to Know

Trusted by thousands of users worldwide