How Do I Move data incrementally between databases

This article guides you through the process of extracting and loading data incrementally from a database table to another database table. The concepts described in this article can also be applied to MongoDB.

Reading Increments From the Source Table

When using Xplenty to read data incrementally from the source, we need a timestamp column that specifies when the data was updated (or inserted in tables where data is only inserted). In our example, this column is called "updated_at".

When reading from the source table, we’ll use a where clause to only read the rows that were updated since the last time the package executed. It is highly recommended to index this column to improve the performance of the read query.

For example, with PostgreSQL as the source, we can use the following where clause, in which $last_updated_at is a package variable and is placed within a string for casting to a PostgreSQL timestamp value: 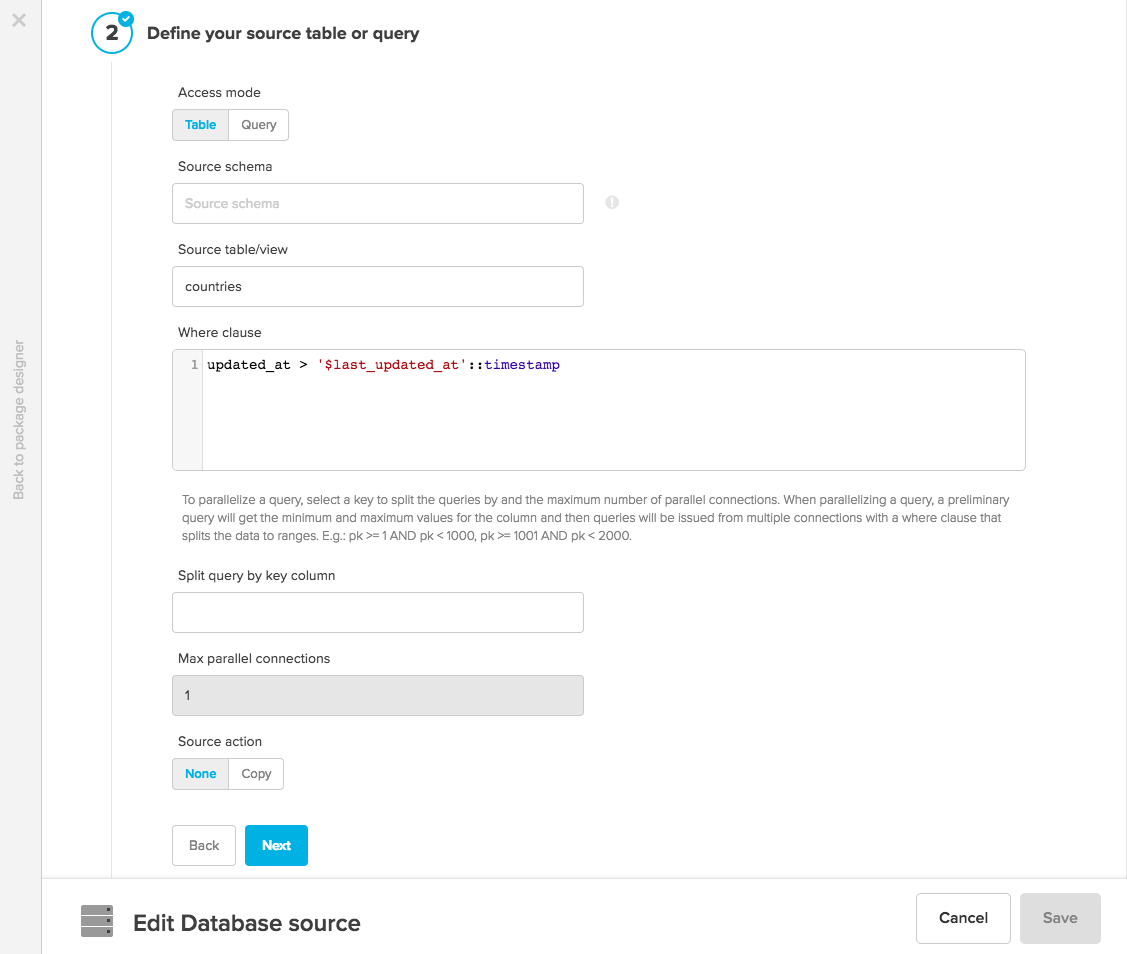 Note that the schema detection or data preview fails when using the variable in the where clause, as variables are not evaluated in design time.

So what value (or rather evaluated expression) should we assign to the package variable? There are two options:

Writing Increments to the Destination Table 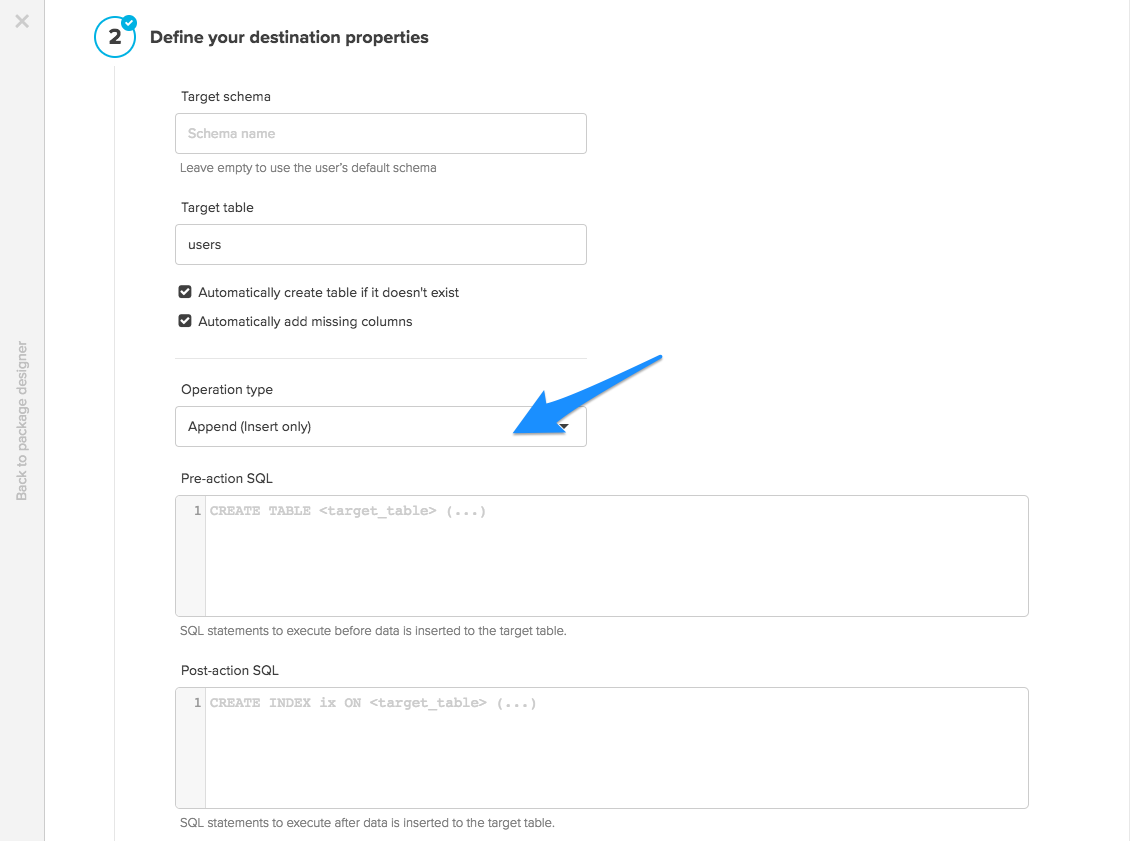 If the increments also contain new changes to existing rows in the source table, you should define the operation type as Merge and select a primary key to find records that changed. 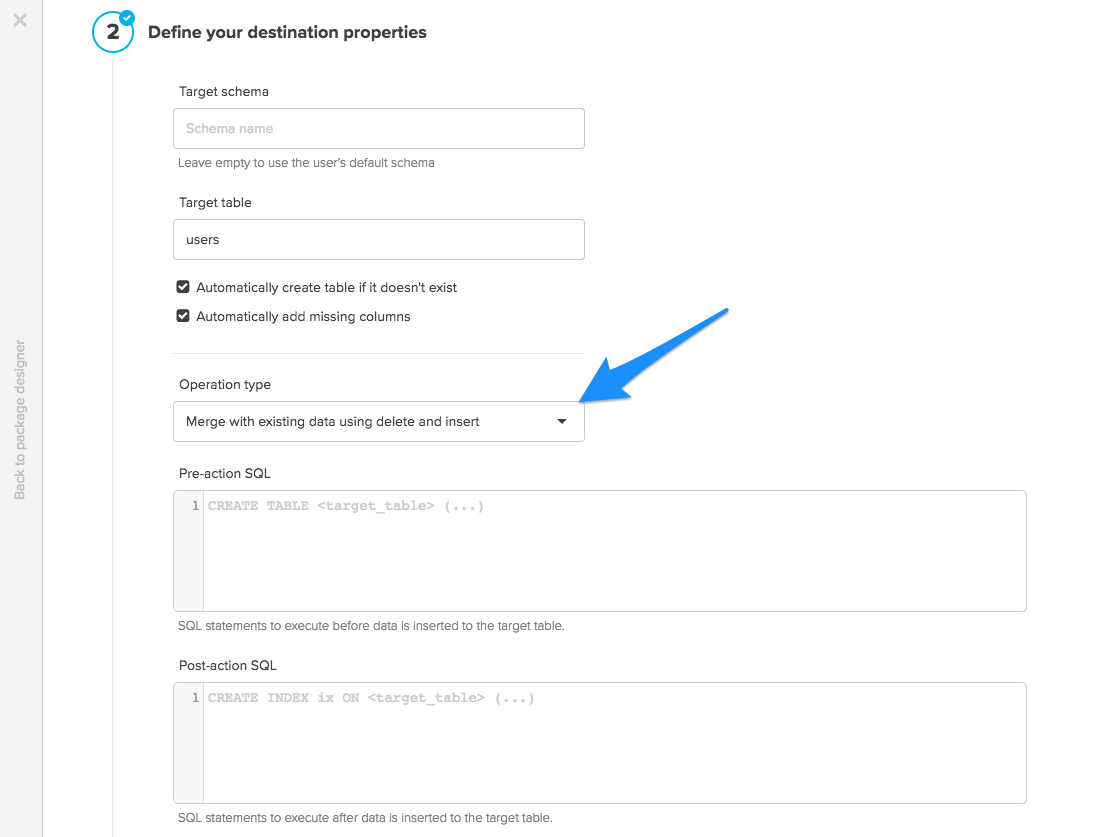 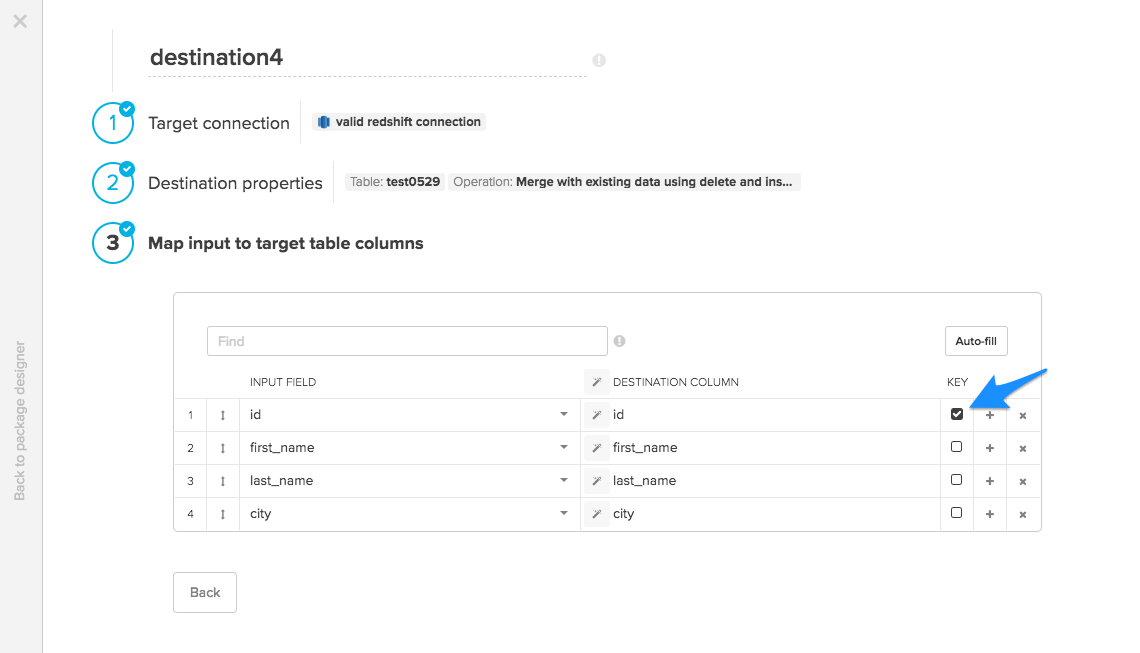